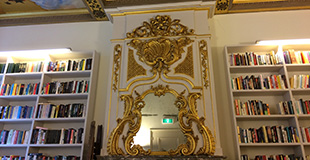 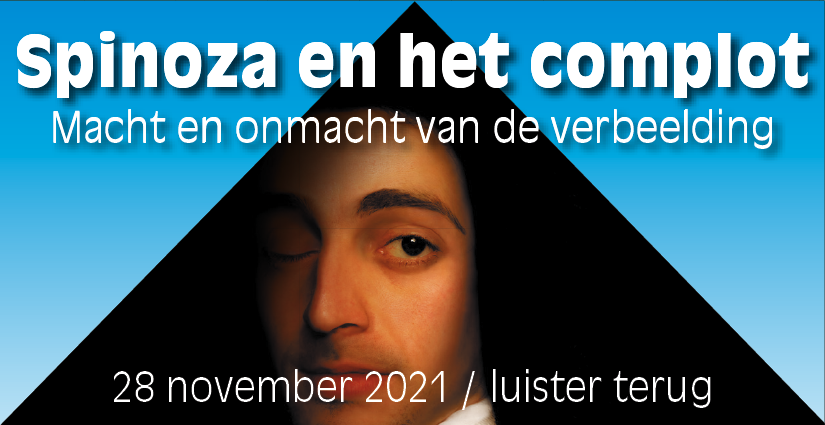 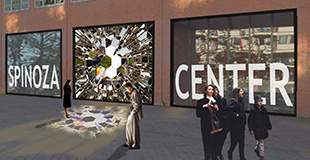 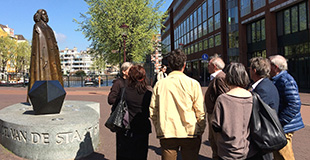 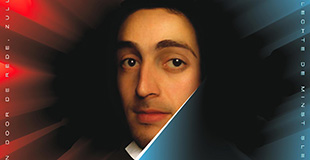 Artikelen Clare Carlisle in The Guardian

For this 17th century outsider, philosophy is like a spiritual practice, whose goal is happiness and liberation.

Although Baruch Spinoza is one of the great thinkers of the European philosophical tradition, he was not a professional scholar – he earned his modest living as a lens grinder. So, unlike many thinkers of his time, he was unconstrained by allegiance to a church, university or royal court. He was free to be faithful to the pursuit of truth. This gives his philosophy a remarkable originality and intellectual purity – and it also led to controversy and charges of heresy. In the 19th century, and perhaps even more recently, "Spinozist" was still a term of abuse among intellectuals.

Spinoza's belief that miracles were an unexplained act of nature, not proof of God, proved dangerous and controversial.

At the heart of Baruch Spinoza's philosophy is a challenge to the traditional Judeo-Christian view of the relationship between God and the world. While the Hebrew Bible and the Christian scriptures share a conception of God as the creator of the natural world and the director of human history, Spinoza argues that everything that exists is an aspect of God that expresses something of the divine nature. This idea that God is not separate from the world is expounded systematically in the Ethics, Spinoza's magnum opus. However, a more accessible introduction to Spinoza's view of the relationship between God and nature can be found in his discussion of miracles in an earlier text, the Theologico-Political Treatise. This book presents an innovative interpretation of the bible that undermines its authority as a source of truth, and questions the traditional understanding of prophecy, miracles and the divine law.

In his Ethics, Spinoza wanted to liberate readers from the dangers of ascribing human traits to God.

Spinoza's Ethics is divided into five books, and the first of these presents an idiosyncratic philosophical argument about the existence and nature of God. We'll examine this in detail next week, but first we need to look more closely at how the Ethics challenges traditional Judeo-Christian belief in God.

Being infinite and eternal, God has no boundaries, argues Spinoza, and everything in the world must exist within this God.

So far in this series I've focused on Spinoza's critique of the religious and philosophical world view of his time. But what does he propose in place of anthropomorphic, anthropocentric belief in a transcendent creator God?

We are not autonomous individuals but part of a greater whole, says Spinoza, and there is no such thing as human free will.

Last week, we examined Spinoza's metaphysics, looking at how his radical reinterpretation of the philosophical terminology of substance, attribute and mode produces a new vision of reality. According to Spinoza, only God can be called a substance – that is to say, an independently existing being – and everything else is a mode of this single substance. But what does this mean for us?

By understanding our emotions, whether positive or negative, we gain in power and therefore happiness, argues Spinoza.

In the third book of the Ethics, Spinoza writes that he intends to consider human emotions "as if the surfaces of lines, planes or solids". Because the emotions are just as natural and as law-governed as all other modes, he suggests, they can be studied with mathematical precision. And this means that human behaviour, so often motivated by emotion, must be completely intelligible and explicable.

For Spinoza the main hurdle to virtue isn't egoism but ignorance of our true nature – by being selfish we can in fact help others.

Unlike many other philosophers, Spinoza does not think that living an ethical life involves overcoming our natural self-centredness. For Spinoza, the main obstacle to virtue is not egoism, but ignorance of our true nature. When we are subject to strong emotions, which we attribute to imagined causes, we are unlikely to act in a way that is good for ourselves, or for other people. Add to this our misguided belief in free will, and the messy, antagonistic reality of human relationships seems inevitable.

In this series we've examined several elements of Spinoza's philosophy, including his critique of traditional religious doctrines, his metaphysics of human life, his theory of human emotions, and his account of virtue. However, very little has been said of the distinctive philosophical method and literary style of his great work, the Ethics – and so in this final instalment I want to address this issue.